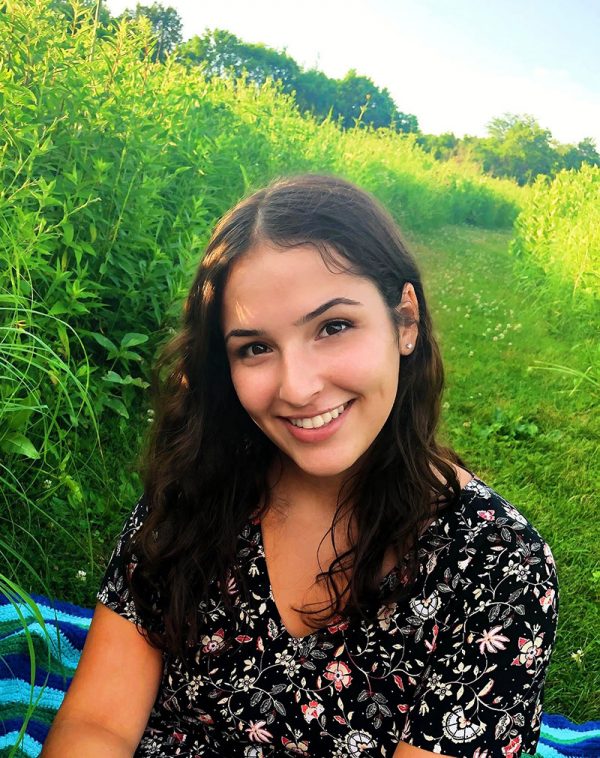 Gianna’s teachers nominated her for October Student of the Month not only because she is “incredibly intelligent, dedicated, caring, and considerate of others,” but also because her constant hard work and contributions to her classes and clubs have made a giant impact on PND.

First, Gianna excels academically in every subject area; she both stands out in the many AP science and math classes she has taken as an aspiring biomedical engineer and makes invaluable contributions to the discussions and projects in her other classes like AP Government, AP Seminar, AP Literature, or AP Research. In fact, she received a perfect score on her AP Literature exam last year—one of the toughest AP exams offered by College Board.

More important than her academic excellence, however, are the “kindness” and “positivity” Gianna brings into her many leadership positions at PND. She is the two-year secretary of the Drama Club, the Events/Marketing Leader of Lumen Christi Club, the Special Events Coordinator of the Teens for Life club, and “one of [the] most helpful members” of Student Ambassadors, according to Student Ambassador moderator Mrs. Brown. Another one of Gianna’s club moderators, Drama Club leader Miss Carroll, says that Gianna’s contributions to this year’s Virtual Talent Show were “insurmountable; … [as she was] the cinematographer for the event, [she filmed] every single talent on stage and [helped] edit for hours on end to make the event successful.”

All in all, Gianna’s “overall kind aura” and “propensity to give “110% at all times” make her a highly deserving recipient of this award. Congratulations to Gianna!