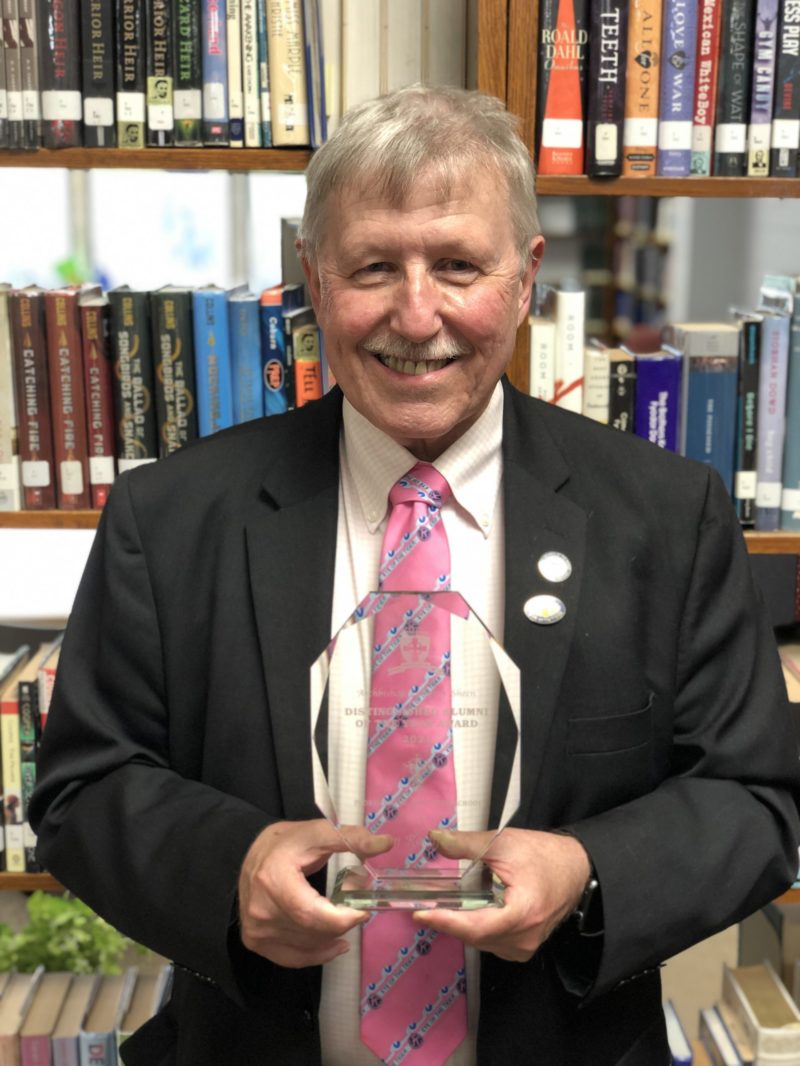 The Archbishop Fulton J. Sheen Distinguished Alumni Award is an annual award given to an alum of the Academy of Our Lady, Spalding Institute, Bergan High School, or Peoria Notre Dame who has shown loyalty to Catholic education, is active in the Catholic community, and has reached professional achievements.

James (Jim) Rochford has been a loyal supporter of Catholic education and a servant to the Peoria community throughout his life. Jim attended St. Bernard Grade School and went on to attend the Academy of Our Lady/Spalding Institute where he was a three sport athlete. In addition, he was a member of Key Club which began his passion for civic affairs, leadership, and community service.

After graduating in 1972, Jim attended Loras College for his undergraduate degree where he was elected student body president his sophomore year. He went on to John Marshall Law School and became involved in Jaycees and Kiwanis where his passion for serving others grew. Jim became the president of Kiwanis International in 2018, presiding over more than 600,000 members in more than 80 countries. He has traveled all over the world for his leadership in the program, all while maintaining his law firm, Jim Rochford and Associates.

In addition to his leadership in Kiwanis, Jim began an AAU basketball program called the Peoria Irish to allow children from all backgrounds to participate in travel basketball. He also serves on the Board of Directors for St. Augustine Manor, a Catholic retirement community in Peoria.

Jim has been married to his wife, Deb, for 43 years and together they have three children named Kate, Sarah, and Nick. He is also the proud grandfather of 6 grandchildren. The Rochford family are longtime members of St. Thomas Parish where his oldest daughter is a kindergarten teacher. Commitment to Catholic education at every level has always been a priority to Jim as he continues to stress the importance of faith in education and in life.