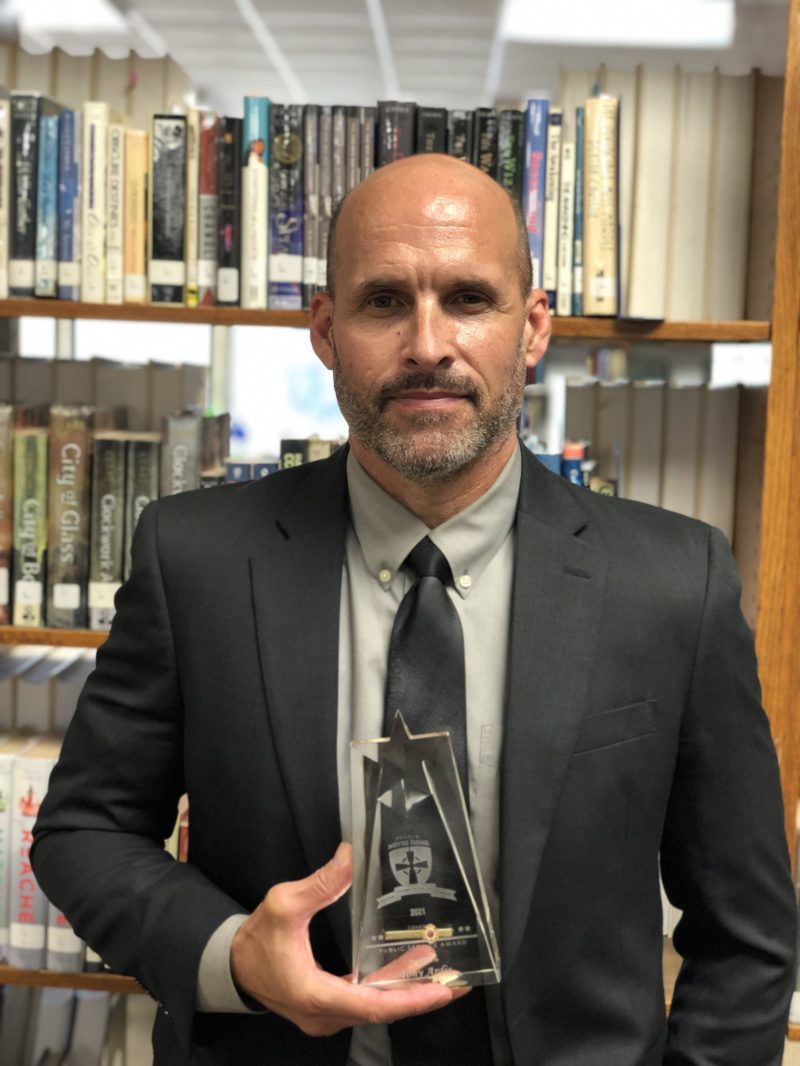 This award is in memory of General Wayne A. Downing, (5/10/40-7/18/07) a 1958 Spalding Institute graduate who retired as a four-star general from the U.S. Army. He graduated from the U.S. Military Academy and received an MBA from Tulane University. He finished his career as Commander-in-Chief of the U.S. Special Operations Command in 1996.

The General Wayne A. Downing Public Service award is given to a Peoria Notre Dame alumni who has served or is presently serving their community as a police officer or firefighter or the United State in a branch of the military. Each recipient is recognized for their character, honorable service, and exemplary life reflecting the values of Peoria Notre Dame High School.

Former Peoria Fire Chief Anthony (Tony) Ardis has exemplified public service throughout his life. Tony is a 1985 graduate of the Academy of Our Lady/Spalding Institute where he was the captain of the baseball team and the football team.

Tony received his Bachelor’s degree from Bradley University in 1989 in Criminal Justice. Following graduation, he was appointed as a Special Agent for the Vermillion County Metropolitan Enforcement Group in Danville. During this time he participated in drugs and narcotics investigations, undercover operations, surveillance, interrogations, and other crime examination activities.

In 2002, Tony received his Associate Degree in Fire Science from Illinois Central College. He began his career as a firefighter with the Peoria Fire Department in 1994. Tony became Battalion Chief in 2016, and in 2019 he became the Fire Chief for the City of Peoria before retiring in May of this year.

Tony is a certified paramedic, hazardous materials technician, and rescue diver. He has served on the Greater Peoria Family YMCA Board of Directors, Thomas Jefferson Foundation Board of Directors, Peoria Area Labor Management Board, and the Foreign Fire Tax Board. Tony has also been a member of the Board of Directors for the Boys and Girls Club of Peoria since 1990.

Among his many accomplishments, Tony has been awarded the Boys and Girls Club of Peoria Pat Sullivan Service Award and the Illinois State MEG Director’s Award for Cover Operations and he is a 40 Under 40 Award recipient.