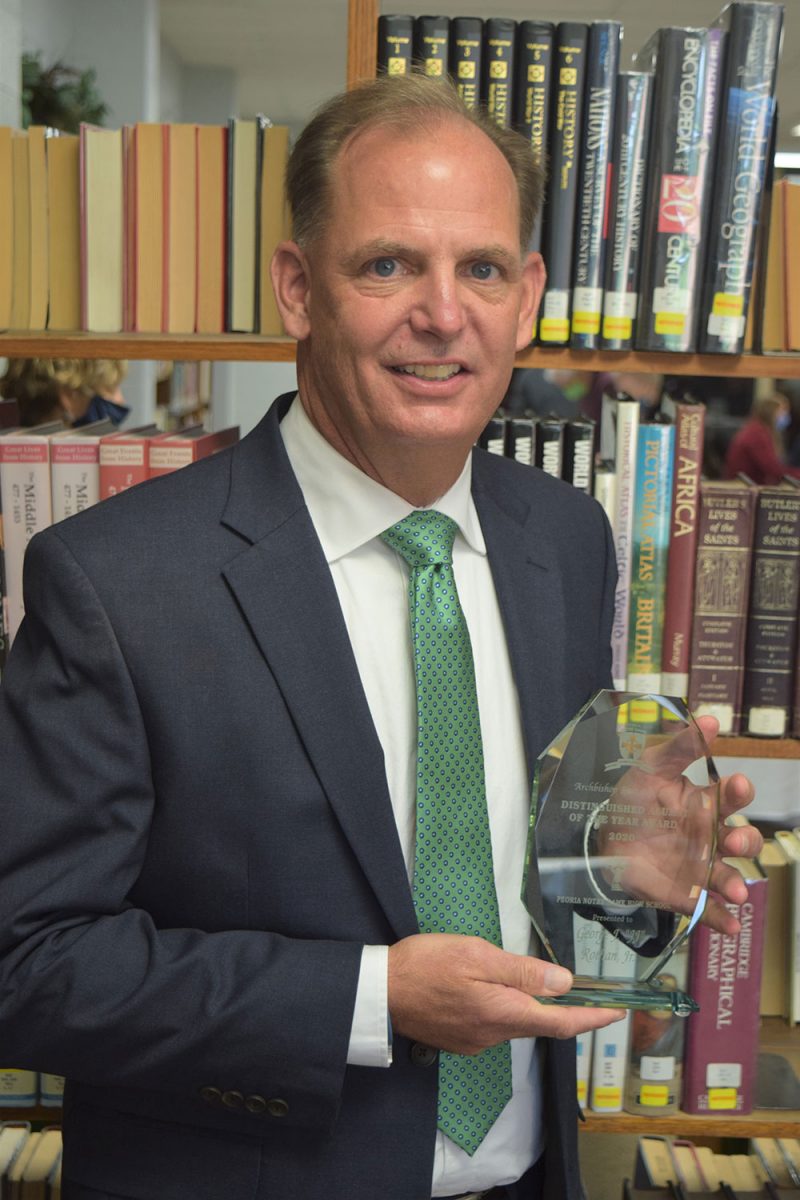 The Archbishop Fulton J. Sheen Distinguished Alumni Award is an annual award given to an alum of the Academy of Our Lady, Spalding Institute, Bergan High School, or Peoria Notre Dame who has shown loyalty to Catholic education, is active in the Catholic community, and has reached professional achievements.

George J. Rothan, Jr., or “JJ,” has remained loyal to Catholic education throughout his life. JJ attended St. Philomena’s school in his early years, graduating in 1980. He then attended Academy of Our Lady/Spalding Institute where he earned the Mike McLaughlin Award which honors student athletes who display self-discipline, excellence in academics, and good citizenship.

After graduating from AOL/SI in 1984, JJ went on to attend St. Ambrose University where he met his wife, Marie. While a student there, JJ participated in numerous campus sports and activities, and he was the Student Government President his senior year.

JJ and Marie were married in November of 1989 and have two children, Maggie and George, who both attended Peoria Notre Dame. For 29 years JJ has been an assistant coach for the PND football program. For roughly 25 of those years he worked with the underclassman football program, either as an assistant or as head coach. JJ’s family members are long-time supporters of the Peoria Notre Dame Boosters Club.

It is not only Peoria Notre Dame, however, that has benefited from JJ Rothan’s volunteer efforts. He and Marie have been members at St. Philomena for almost 31 years and JJ has been an active member of the parish’s Men’s Club and Building Club. JJ is also a Third-Degree Knight and a long-time member of the Knights of Columbus Spalding Council. While the Catholic community is important to JJ, his hard work as a Peoria business owner should not go unnoticed. JJ is the president of Geo. J Rothan Co. which has been operational in Peoria for more than 147 years. Geo. J Rothan Co. is one of only two Peoria businesses to have remained operational continuously since 1873! JJ leads a staff of 14. As part of Geo. J Rothan Co., JJ is a member of the American Woodworking Institute, as well as the Door and Hardware Institute.