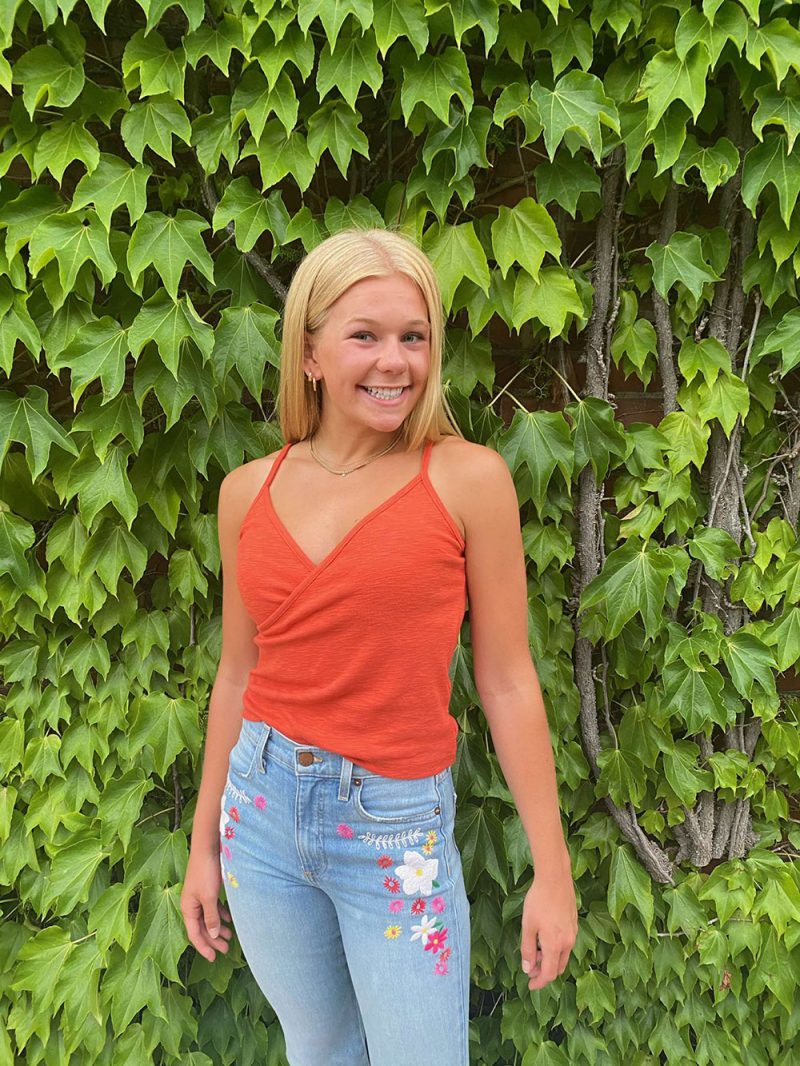 Caroline was chosen for November Student of the Month not only because she excels academically, athletically, and in her many clubs and activities, but also because she has a natural ability to “always make others happy” through her constant smile and caring attitude!

Caroline has just recently finished her senior cross country season; though Caroline was only a member of the cross country team for two years, she has been on the varsity team since day one, was one of the team captains her senior year, and even graduated as the 29th fastest female runner to EVER run for the PND team. Her coach, Coach Dan Gray, says to never “let her niceness fool you… once the gun goes off in a race, Caroline is as competitive a person as you could ask for.” Coach Gray also speaks to her unwavering sportsmanship and hard work ethic: “She never seems to get too overwhelmed with the difficulty of a longer mileage distance workout, or a sometimes-grueling mile repeat workout on the track… She also always takes the time to go out of her way to engage with some of the younger kids on the team… She CARES about them!” Gray says the “only negative thing” he’d ever say about Caroline is that “she only ran Cross Country for two years.”

Cross country is not the only activity to which Caroline brings her talent, hard work, and kindness; at different points in her time at PND, she has also been an integral member of the women’s soccer team and the women’s swim and dive team. She is also the Co-President of the St. Jude club, and she helped to raise over $30,000 for St. Jude from last year’s events and fundraisers! On top of all of that, she is also in the upper section of her class academically and has pulled consistent straight A’s throughout all four years of high school.

Congratulations to Caroline on this well-deserved award!