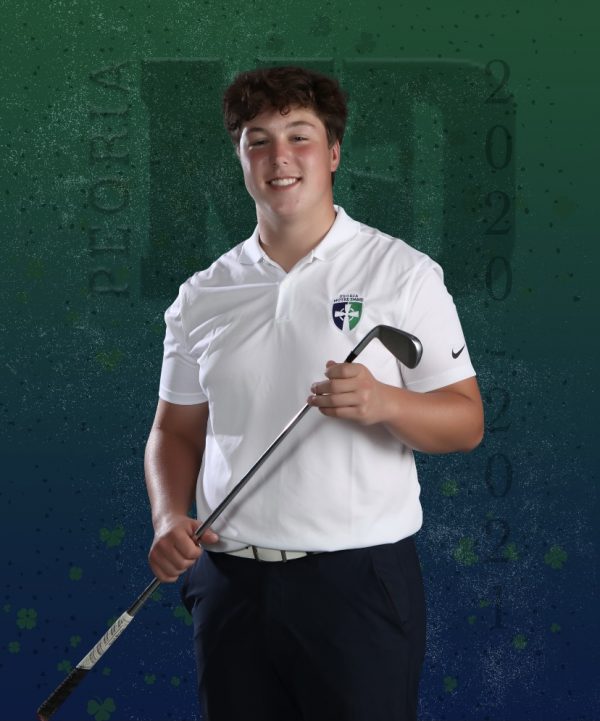 Rhett’s coaches nominated him for Athlete of the Month because of his “leadership skills, positivity, and hard work…both on, and off, the [golf] course.”

Rhett was the only senior on the golf team this year. As a returning member of last year’s state-winning team and also a captain, he took on a leadership role very early in the season. At every practice, Rhett consistently worked to keep the team’s spirits high and helped his younger teammates get to, get from, and succeed in practices and meets. His work ethic at practice not only set a helpful example for his younger teammates, but also brought him immense personal success. His coaches mention that he “consistently recorded the lowest scores for the Irish” throughout all of the season’s matches, which is an especially impressive feat considering he is at the top of the senior class academically and takes many difficult AP and dual-credit courses.

All-in-all, Rhett’s undeterred dedication to golf and care for his teammates, despite the many obstacles created by this unusual year, make him an extremely deserving recipient of this reward. His coaches say he was “an absolute pleasure to coach,” and they know he will be “successful in anything he puts his mind to.”