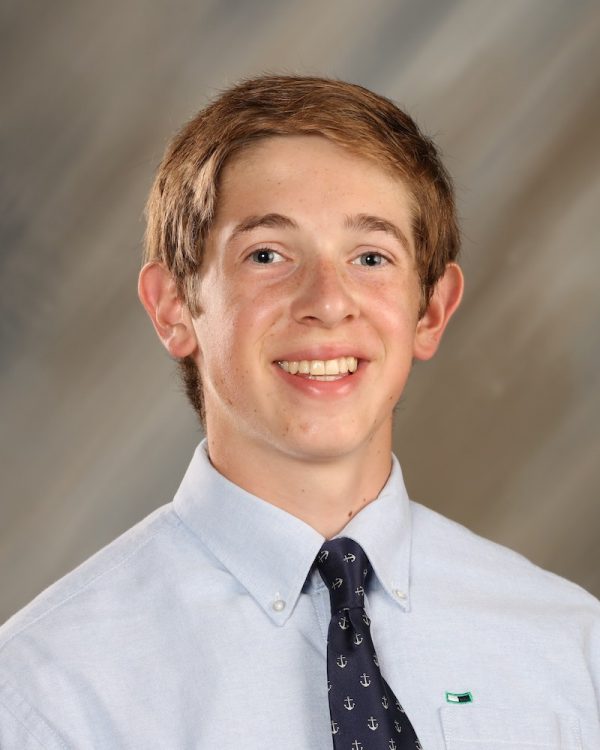 John’s teachers nominated him to be the September Student of the Month because he is “obviously a gifted student… and an even better classmate.” John leads by example in every activity he does— whether it’s in the classroom, in his sports, or within the many clubs and activities he participates in.

As many of his teachers expressed, John is a highly-skilled student; he has taken many AP and honors courses throughout his three years at PND, been in the top ten of his class since freshman year, and is a well-known power-player on the scholastic bowl team. His academic achievements are especially impressive, though, when considering the plethora of extracurricular activities and leadership positions he is involved with. He not only has been a part of the PND cross country team, swim team, and tennis team at various times in his high school career, but also founded the school newspaper team as a sophomore, was appointed as the leader of PND Band’s trumpet section as a junior, was selected to be apart of Bishop’s Leadership Committee, and more!

All-in-all, John has built an “awesome rapport with the other students in his class.” His APUSH teacher, Mrs. Wiggers, told a story about a time John had to be in his class online for the day, and his classmates “made a sign for his desk with his name on it and a “we miss you” message.” In Mrs. Wigger’s opinion, that “says a lot” about his character, and makes him a highly deserving recipient of this award. Congratulations to John!