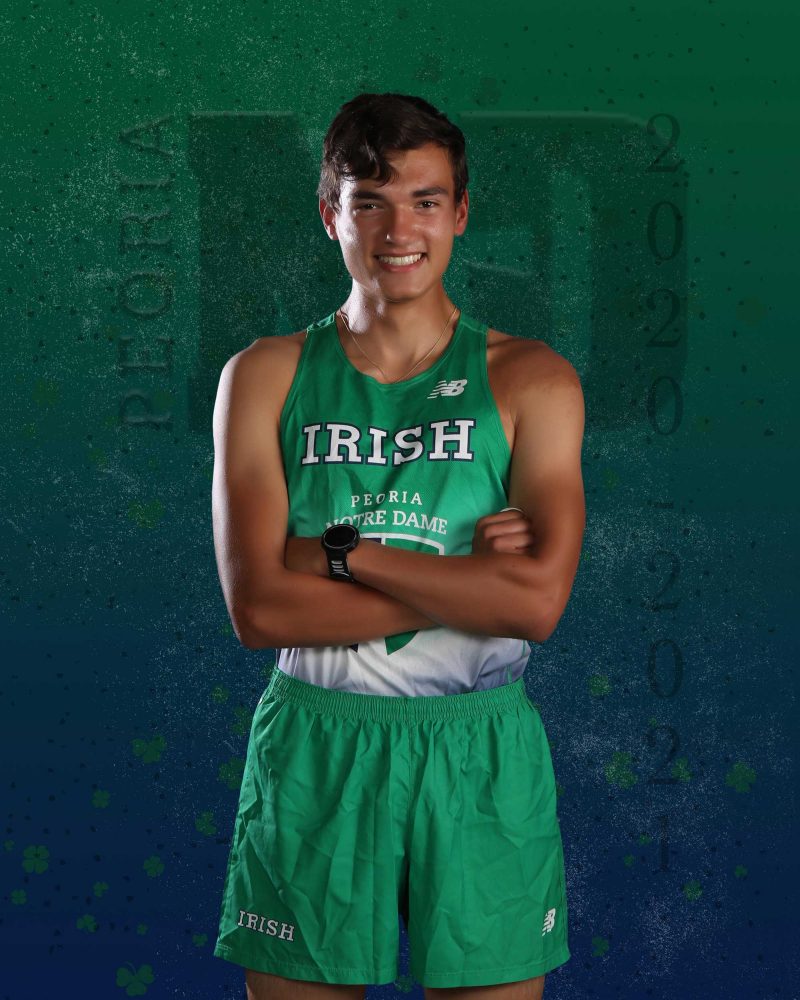 Patrick Couri has been chosen the Male Athlete of the Month for September. Despite Patrick’s battle with an injury that has hindered his ability to compete, he has remained an invaluable member of the team by “using his time very positively to work with the younger runners in his group and encourage them by sharing [his] wisdom… and experience.”

Elected a captain of the men’s Cross Country team for his senior year, Patrick entered the season as one of the top returning runners from last year’s State team. However, his meet participation has been severely limited due to a recurring Achilles injury. Although his mileage has been significantly reduced, the same cannot be said for his positivity. His teammates appreciate his relentless sense of humor––they can always count on Patrick to make them laugh or smile, even in the midst of a tough training run. While running with a group of mainly younger runners, Patrick has shown true leadership by guiding and supporting his teammates daily at practice, while also working diligently to recover from his injury and return to full racing form. His coaches note the way Patrick puts his teammates before himself: “He…sacrificed part of a recent race as he turned back to pick up a fellow teammate when that runner was struggling in the race.” His three years of experience represent an important asset, helping him to pass on the lessons he’s learned to the next class of PND runners.

Congratulations to Patrick as he receives this well-deserved award!